I’ve been enjoying mucking around with templates for various open source packages recently. Firstly, after long discussion, I got tired of the chatter, and simply went ahead and revamped the MailMan mailing list manager templates for the Underscore Archives.

Flush from my success in upgrading the MailMan templates from rather dodgily-written HTML3.2 to semantically (more) meaningful HTML4.01, I then took another look at the Bristol Wireless website, which consists entirely of an install of PhpWiki. It was great to see how the site had come along in the last year.

So then, two new skins for two websites in two weeks, two new wrappers that I hope make more sense of existing content, and I have to say that skinning up has never been quite so much fun.

The photograph above illustrates the homepage of the website I’ve just finished for The Dolphin Connection Experience, a company which will take you to the Azores and organise boat trips so you can swim around with – well, you guessed it – dolphins. Gotta be a good way to spend some time, methinks. 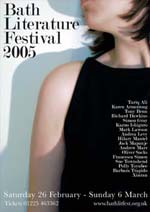 The Bath Literature Festival website has gone live again – a revamp and upgrade by the Swirl-Haystack collaborative enterprise.

My latest little programming project has gone live on Planet Science today – it’s a recorder and sequencer made in Shockwave. The idea is to allow the anatomy of sound to be explored in a (hopefully) entertaining way. Don’t expect something as sophiticated as Cubase or Logic, though…

What you can do, however, is play with audio from the built-in sound libraries, or record your own if you have a microphone. The “keyboard” allows you to play the sounds pitch-shifted to a maximum of one octave up or down, and the sequencer screen makes it easy to overlay up to four audio tracks.

Here’s the link to the page from which you can launch it:

Planet Science | Out There

The Dance South West website has gone live – yet another Swirl-Haystack collaboration. Someday I’ll figure out another way of announcing new projects. For now, this’ll do.

The Bath Music Festival website has gone live – the latest product of the Swirl-Haystack collaborative enterprise. Another one wrapped up… and another step closer to a genuine Flipsite. Of which more later…

Another day, another website… another happy client. The Bath Literature Festival website has recently gone live. Check it out – they have some really interesting events happening in March. Interesting if you like literature, I should add.

Next step: create the Bath Music Festival site. I’m becoming more and more enamoured with the PHP/MySQL combination. Not as much immediate interaction as technologies such as Flash, Director, and so on, but damn, it’s effective in making websites more than just brochures. Gotta love it.

My latest project with Dave Redfern has recently been launched… we built the Bristol Old Vic’s site together, and I have to say I’m really rather pleased with the result. I think it’s a good solution for them. Even my mum finds it easy to use, so I guess it’s doing its job!

The upgraded and expanded demo for the second TOTP CDROM. 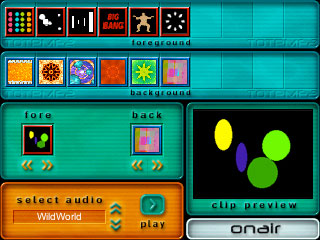 Sadly, these two demos only stay online because Telepathy host them. The BBC seem to have kind of given up on TOTP’s interactive content, though I’ve heard that they are busy transferring their focus to interactive TV instead. Since CDROMs seem to have died a death as an entertainment medium, this is probably a wise move.

This is the first transfer of the Shockwave movies which used to be on my Flowmotion site. 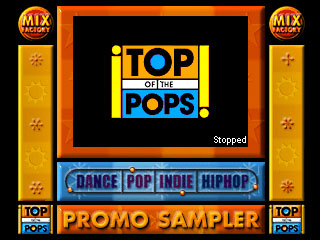 The first TOTP CDROM was my first major interactive project – I spent six months of my life getting my head round the quirks and intricacies of Director to program it. A six month spell of working in India followed, as a means of rekindling my creative energies.

Still, winning the Macromedia UCON Best Entertainment CDROM award kind of compensated for all the heart- (and head-) aches. Now that Nigel and Sarah are leaving to spend the next few years on tropical beaches, I wonder what will become of the beautiful plastic award that used to sit on the shelf in the Telepathy toilets?